Nursing students in England and India share learning on Covid-19

Student nurses from England have connected online with their counterparts in India to share experiences and to offer support during a critical time in the South Asian country’s Covid-19 battle.

At a webinar, the groups of students from Edge Hill University, based in Lancashire, and Manipal College of Nursing in south India swapped powerful stories on training during the pandemic.

“What is happening in India is a stark reminder of how far we’ve come, and I hope people appreciate that”

The event was organised as part of an ongoing “knowledge exchange” project between the nursing faculties at the two universities that will see three further webinars being held.

Among those who spoke during the webinar on 25 March were Edge Hill nursing students Lauren McCusker and Kirsty Cain, who both opted to undertake an extended clinical placement at the beginning of the outbreak in 2020. 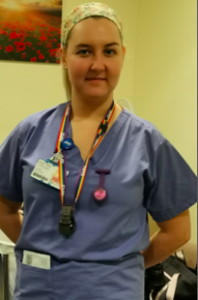 Ms McCusker has been working at Southport and Ormskirk Hospital NHS Trust on a Covid-19 ‘red ward’ and spoke about the “sadness” involved in seeing large numbers of patients die.

“As nurses, we will face all kinds of new strains and challenges during our career, so I felt that it was important to be involved and play my part,” she said.

“It was overwhelming for hospitals, many faced severe [personal protective equipment] shortages at the beginning and very quickly had to adjust to the infection control rates.

“And sadly, a lot of people didn’t make it. There was a lot of sadness involved,” she said.

Student nurses from the Manipal College of Nursing also spoke about their experiences of learning in India, which is currently facing a major surge in Covid-19, driven by a new variant.

According to data collated by the New York Times, the number of daily Covid-19 cases being recorded across the country skyrocketed from 12,000 in early February to 410,000 in early May.

Similarly, the daily death count increased from around 90 to 4,000 over the same period.

The new wave sparked the Royal College of Nursing to speak out in April to offer a message of solidarity to nurses in India and its Indian members in the UK.

Ms Cain, who has been working at The Walton Centre, a specialist neurology hospital in Liverpool, described the current situation in India as “terrifying”.

“It demonstrates how quickly a situation can change and there’s still a fear among NHS staff that if people aren’t sticking to the guidelines, there could potentially be another wave,” she added. 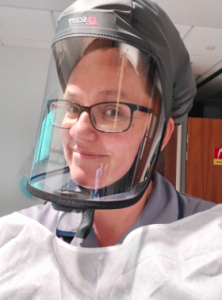 “What is happening in India is a stark reminder of how far we’ve come, and I hope people appreciate that.”

Edge Hill University and Manipal College of Nursing have formed a strong partnership as a result of a social media group called 360 Positive Student Nurse Experiences.

The group provides an online platform for student nurses from both universities to share insights and knowledge.

The initiative was started by Toni Bewley, a senior learning and teaching fellow lead, following her visits to India for research.